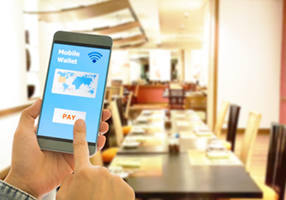 Judge Kaplan recently ruled that the Superior Court does not have jurisdiction over an out-of-state defendant under the Massachusetts long-arm statute, G.L. c. 223A, § 3. The case involves two competing businesses that design and market apps for restaurants: SCVGR d/b/a LevelUp and Punchh.

In February 2016, LevelUp sued Punchh, alleging that Punchh had made defamatory statements about LevelUp to its customers. In July 2016, Judge Kaplan dismissed the lawsuit. Without concluding whether the court could exercise jurisdiction under the long-arm statute, Judge Kaplan ruled that Punchh had insufficient contacts with Massachusetts to meet the due-process requirements of the Fourteenth Amendment to the U.S. Constitution. In other words, Judge Kaplan bypassed resolution of the statutory issue and dismissed the case on constitutional grounds.

In November 2017, the Supreme Judicial Court (SJC) remanded the matter to the Superior Court. As we noted in a prior post, the SJC ruled that courts must decide whether the Massachusetts long-arm statute is satisfied before approaching the due-process inquiry under the United States Constitution. According to the SJC, to do otherwise would violate the “canonical” rule that courts should avoid unnecessary constitutional decisions, if possible.

Back in the Superior Court, Judge Kaplan allowed LevelUp to pursue further jurisdictional discovery from Punchh and the parties filed supplemental briefing. At the conclusion of this second go-round, Judge Kaplan held that, “in addition to failing the substantial contacts test under Federal due process standards, the court also does not have jurisdiction under the Massachusetts Long-Arm statute.”