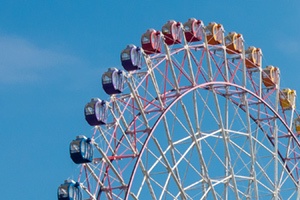 The park pays its seasonal employees on an hourly basis, but not overtime. In support of this policy, Six Flags relied on G.L. c. 151, § 1A(20), which excuses amusement parks from paying overtime if they do not operate more than 150 calendar days a year. The plaintiffs countered that in recent years Six Flags recorded attendance at the park on 150 days or more—in addition to days when the park is open for private or special events. Judge Sanders granted the motion for class certification because the plaintiffs’ claim that Six Flags operated more than 150 days of the year was common to all members of the overtime class.

Judge Sanders, however, declined to certify a class of seasonal employees complaining of unpaid meal breaks. The plaintiffs alleged that Six Flags requires its employees to take meal breaks inside designated areas, which under state law, would also require the meal break to be compensated. But the park denied these allegations, asserting that its handbook requires employees take meal breaks only out of the sight of guests. Judge Sanders denied certification of the meal-break class because of a lack of commonality among members. Because the employee handbook did not require employees to eat in a certain area, she reasoned, the plaintiffs’ claim that there was a restriction on meal locations turned on what park staff told each class member, a factual issue that varies among employees.