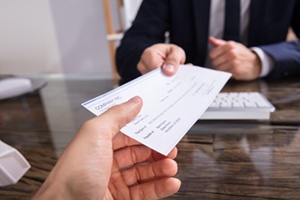 In Lukas v. Unidine Corp., et al., Judge Davis held that, under the Massachusetts Wage Act, GL c. 149, § 148, employee commissions can be conditioned on receipt of customer payments on which the commissions are based. Judge Davis found that the Wage Act did not require Unidine to make further commission payments to the plaintiff following her resignation and granted summary judgment in favor of Unidine.

The plaintiff, a former director of business development at Unidine, sought compensation for unpaid sales commissions that she claimed were owed at the time she left the company. Unidine’s written commission plans provided, in part, that the plaintiff was eligible for commissions for recruiting new customers upon the company’s receipt of payments from those customers. The plaintiff argued that this condition was unlawful, relying on the Supreme Judicial Court’s decision in Awuah v. Coverall North America, Inc., 460 Mass. 484 (2011). There, the SJC held that an employer may not lawfully withhold wages to an employee based on an agreement that the wages are not earned until a customer remits payment. Judge Davis distinguished Awuah, because it applied to the payment of regular wages (not commissions), and the Awuah court expressly recognized that commissions were subject to different rules.

Judge Davis emphasized that employers have “a legitimate and enforceable interest in ensuring that a new customer contract is real and generating revenue before it rewards” an employee with a commission for obtaining that contract.