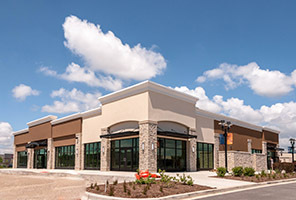 Maynard Industrial Properties Associates Trust (MIPA), a commercial landlord, sued Comcast of Massachusetts III, Inc. (Comcast). The dispute focused on the amount Comcast would owe under an extension of the amended lease.

The amended lease had a base rent of $8.75 per square foot and stated that the lease term would expire on May 31, 2019. The amended lease gave Comcast the option to extend the lease. If exercised, the first option would commence on June 1, 2019, and last five years, with a base rent of 100% of the then-prevailing market rate for similar quality buildings in Maynard, Massachusetts, provided that the rate would not be less than the current rent of $8.75 per square foot and not more than 110% of the rent for the preceding lease year.

Comcast exercised the first option to extend and notified MIPA that the rent for the extended term would be $9.63 per square foot. MIPA then filed suit, seeking a declaration that the base rent during the extension option was $18.10 per square foot (or an amount more than $9.63). Comcast moved for judgment on the pleadings.